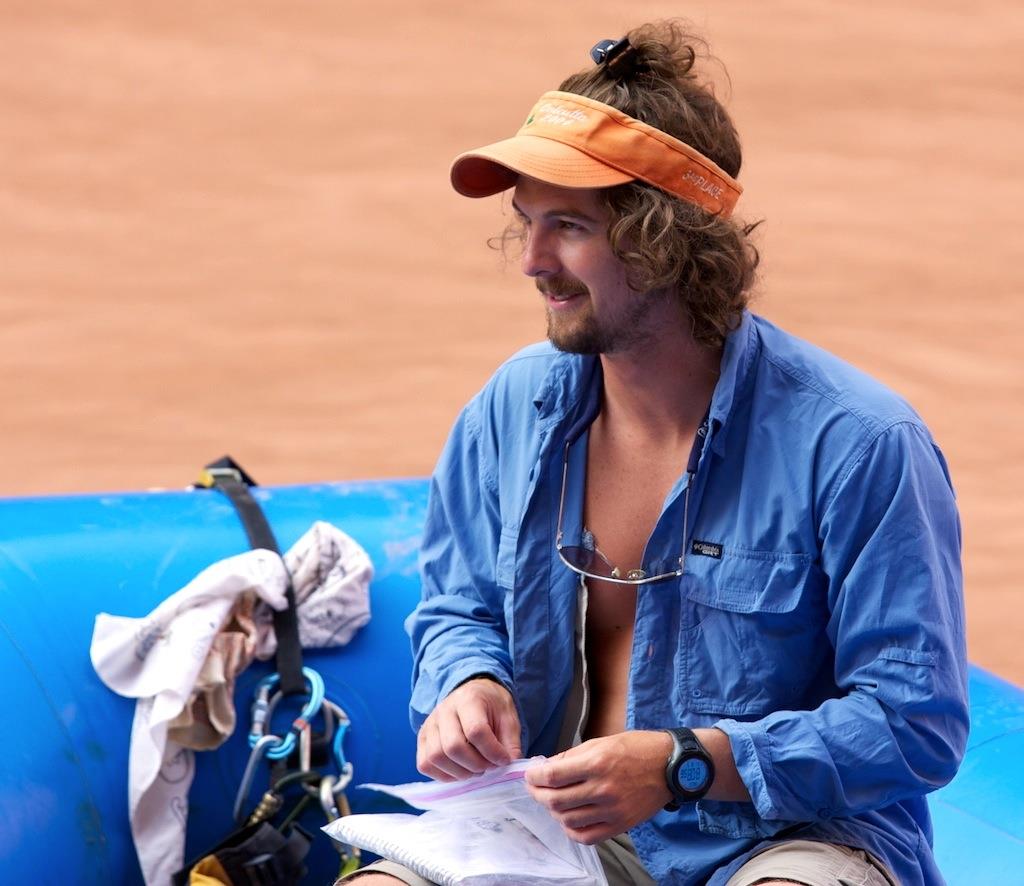 My current journey begins in Flint, Michigan, born into a blue-collared family, my mother a cosmetologist, my father an electrician for General Motors. I was raised on the Shiawassee River in rural farm country, spending endless hours developing a love for the outdoors and an appreciation for nature. From a very young age, an industrious work ethic was instilled on me through activities such as pulling wire for my father’s electrical side business, prepping firewood, and wrenching on vehicles. I also learnt the intricacies of homemaking, spending the majority of my time with a stay-at-home mother and three younger sisters.

Because of my parent’s belief in the importance of education and a strong values system, I was privileged with a Catholic school education. Small class sizes and weekly mass ingrained the benefit of community. The discipline and focus imparted by the staff cultivated my deep-rooted desire to learn. My parents again emphasized education by sending us to the closest private high school, a 45-minute drive each way, which afforded me the opportunity to play three varsity sports, to sing in the choir, and to take college prep classes. Later on in life, I would read that my local farm town high school had the second lowest graduation rate in Michigan. I feel that I would not be writing this today if not for the sacrifice of my parents.

I spent the next four and a half years at the University of Michigan, the first in my father’s family lineage to attend university. I strove to become, as the fight song so elegantly notes, the ‘Leaders & Best’ by engaging in the intelligence, talent, and diversity that only a town like Ann Arbor can foster. Majoring in what is considered a top mechanical engineering program in the world, I began to see that I wasn’t your typical engineer, instead gravitating to roles in technical writing, public speaking, and management during team projects.

In the winter of my junior year, I travelled internationally for the first time, studying abroad at the University of New South Wales in Sydney, Australia. In addition to interacting with a new culture, I trekked the countryside and scuba dove the Great Barrier Reef.  During my time abroad, I would briefly visit both New Zealand and Fiji. The latter island, being my first encounter with the developing world, provided an eye-opening perspective on life.

Upon returning to Ann Arbor for my senior year, I joined a local high school football team as a volunteer strength and conditioning coach. I was excited to share my knowledge and passion with the players as college had afforded me the opportunity to focus on my own health through cardio, lifting, and intramural sports. The following year, I was promoted to head coach of the junior varsity team. I immediately became one of the most influential role models in these players’ lives and my responsibilities expanded beyond the football field to include grades, parents, and the important moments of every teenager. I would continue to coach for two more years after college, but I finally stepped away from the sport due to time constraints. I hope to again rejoin the game some day, possibly to coach my own kids.

The summer before graduation, I was offered an internship with Holcim, the second largest cement manufacturer in the world, at an industrial mining facility in Bozeman, Montana. I had spent the previous three summers working in construction and manufacturing, but this was my first ‘real’ job. It was during this time, while being exposed to the vastness of energy consumption at the industrial scale, that I began my ‘eco’ career. My free time was spent exploring the endless expanse of mountains and attending my first yoga classes. The West had been calling my name ever since two family road trips while growing up and I was quickly becoming addicted.

My final semester of college, I joined BLUElab, a social engineering organization on campus. I helped launch a new initiative revolving around water quality, infrastructure, and community education in the Blue Mountains of Jamaica. Upon graduation, a fellow student and myself spent ten weeks living in a tent in the mountains prepping the project for the visit of the student team. During this extended immersion in the developing world, my perception of life shifted again while seeing how happy one could be with so little. I recently had the opportunity to speak to the current student group, which is now in its seventh year of existence.

After college, I moved to Salt Lake City, Utah for a job with Nexant, a national energy efficiency consulting firm. I began in the engineering department performing facility energy audits, writing analysis reports, and building energy simulation models. I quickly passed the LEED AP exam, recognition by the US Green Buildings Council of leaders in energy and environmental design. With time, I naturally transitioned to project management, designing and implementing efficiency programs for utilities. Operating a multi-million dollar program and managing a small team, I was tasked with considerable responsibility for my age. But I was not happy. How can one work for a company that won’t install the same efficient lighting we were recommending to others? My ideology is very strong, and after exhausting all avenues for change, I believed a new direction was needed. And so I quit.

Living at the crossroads of the West in the biggest city with the closest mountains, I explored the endless wilderness destinations with my newfound freedom. Prioritizing preparation and safety, I have spent hundreds of hours earning certifications as a wilderness medicine first responder, an avalanche level II professional, and a rescue technician for both swiftwater and high angle. I have been humbled and awed by of our Mother during ‘near-life’ adventures and I am a firm believer in the benefits of time spent with nature. Salt Lake is also ranked as one of the top US cities for yoga, and wanting to use my newfound freedom to dedicate myself to a deeper personal practice, I completed a two hundred hour yoga teacher training course. Witnessing the increased capacity for healing and consciousness, I am also a firm believer in the benefits of time spent within oneself.

During this personal and professional transformation, I was pursuing a Professional MBA at the University of Utah; a two-year night program for young working professionals focused on discussion- and team-based learning. Wanting to move away from the quantitative sciences, I was drawn to organization behavior where I took classes on leadership, communication, and ethics. After exhausting the available courses, I participated in an independent study in which I designed a team-building program for a local climbing gym.

But I found a true passion in entrepreneurship. I participated in the Foundry, a business accelerator education program, and developed a model for an adventure-based leadership training center. In conjunction with the same local climbing gym, I moved the idea from conception to reality, and while I decided to pursue a different path, the center is continuing to grow today. Outside of the classroom, I launched a yoga program for a local ski resort as well as my own company Wellness With Wellman. While still in its infancy, I am excited to continue to mold its evolution through my consulting services, blog postings, and photography portfolio.

After finishing grad school, I accepted an internship with the Energy Commercialization Center, a Department of Energy grant awarded to the University of Utah to facilitate a sustainable energy ecosystem across the Rocky Mountain region. While overqualified for the internship, I saw the vast potential this grant could offer. Then, within weeks, the entire management staff left in pursuit of new opportunities. I persuaded a former coworker and fellow classmate to join me as co-director of the grant where we spent the next year focusing on ecosystem development, thought leadership, and community engagement. Our hard work culminated in the successful hosting of a two-day regional summit that was attended by over two hundred key industry stakeholders and that included the finals for a $10,000 sustainable emerging venture business competition.

This past spring, I accepted a voluntary layoff from the ECC as part of the Federal sequester. I was ready to start a new chapter in my life, and so I left Salt Lake City, spending four months and 11,000 miles exploring the Pacific Northwest. My adventures included: skiing the Cascade volcanoes; summiting Mt. Rainier; mountaineering in Great Basin, Olympic, and North Cascades National Parks; and backpacking the Lost Coast of California and Glacier National Park.  But one of the most impactful experiences of the trip happened over the course of a ten-day Vipassana silent mediation retreat. The synchronicities that manifested afterwards have in some ways led me to apply to CIIS, but that is another story for another time.

I am currently living back in Michigan, reconnecting with family and friends. I will be spending this winter studying yoga in Nepal. I am not yet sure what the spring and summer have in store, but I hope that come August I will be moving to San Francisco to join the CIIS community and begin my study in the field of ecopsych.

A professional hippie integrating western science & eastern philosophy. Educating, inspiring, and leading the next generation by telling a new story.